(Warning- possible The Last Jedi spoilers ahead! But if you haven’t seen the movie yet, what are you still waiting for????) 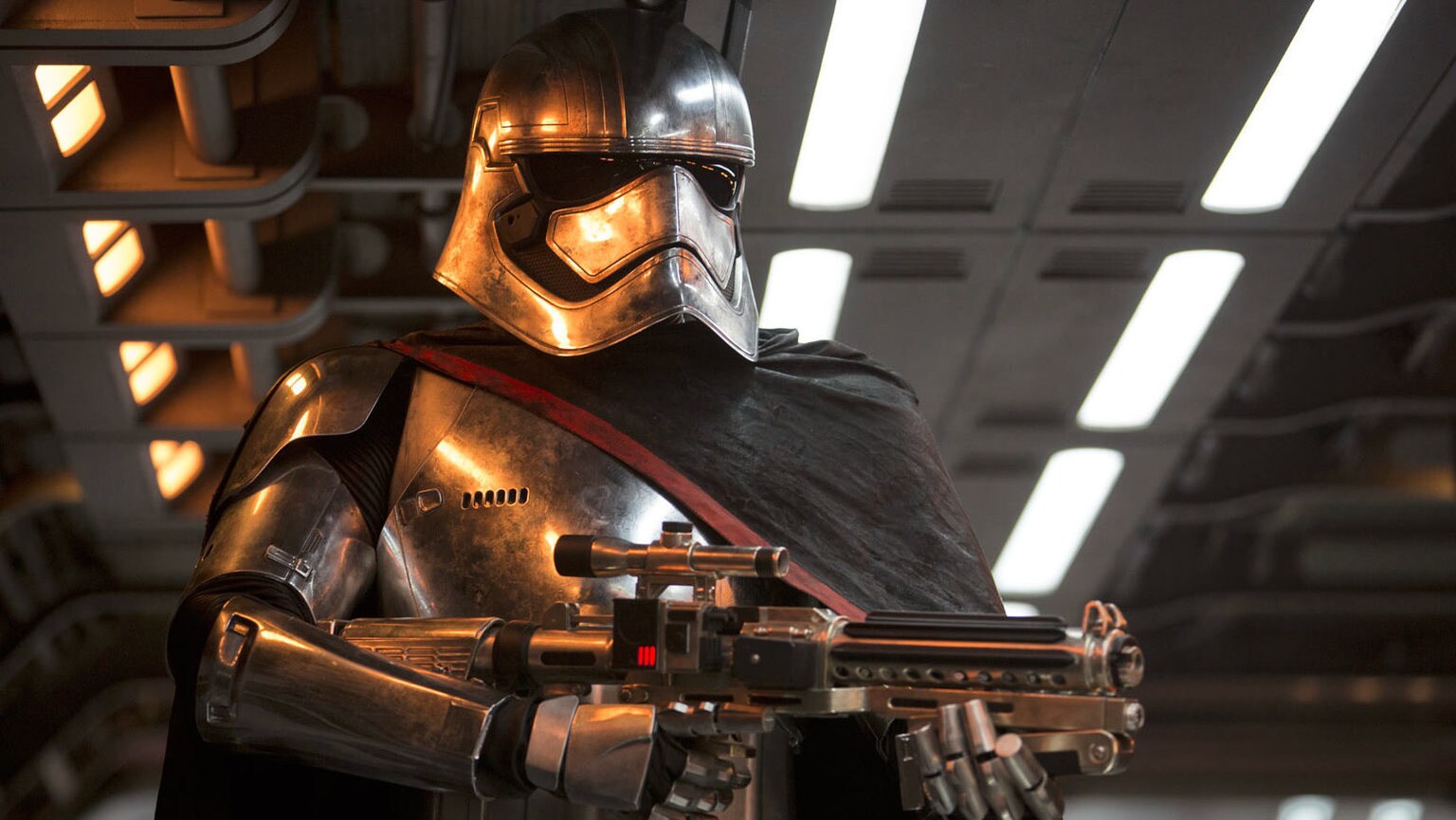 I was intrigued by Captain Phasma in The Force Awakens, as was pretty much everyone. But I didn’t care too much about her character. Yes, she was interesting, but I could tell that she wasn’t a focal point of the story.

But I will admit, her death in The Last Jedi was a tad sad. I was hoping to see more of an epic showdown between her and Finn. So I’m still crossing my fingers she somehow survived and will appear in Episode IX.

Since I’ve been on a Star Wars kick for my personal reading, I decided to pick up Star Wars: Phasma by Delilah Dawson and give it a go. Even though I wasn’t too invested in her character, I did want to learn more about her (and a stormtrooper in chrome armor is pretty awesome if you ask me!).

At first, the story threw me off a little. It was written in present-tense. For you non-grammar nerds, that just means it is written like it is happening now. (Example of present-tense: Alyssa is walking down the hall and sees her friend.) Honestly, that was somewhat hard to read. However, once you get into the book you find that Phasma’s back story is written in the past-tense and the other part of the story (which I won’t spoil) is written in the present tense. It makes a lot more sense the more you read.

Phasma’s story was interesting, although not what I had imagined her back story to be at all. But I really ended up liking the character who tells the story of Phasma as well as Cardinal (another stormtrooper in cool armor). I won’t spoil the book, but I found myself looking forward to their part of the story more than the story about Phasma.

I’ll be honest, this wasn’t my favorite book to read, but I do think it was worth reading to learn the back story of these characters. You even get to learn a little bit more about General Hux as well. The cover of the book is pretty awesome, and the Target copy comes with a cool poster! So even if you don’t love the story, the book will look nice on your shelf (and that’s always important, right?!).

You can grab the special Target edition of the book here. Or grab a copy on Amazon here.

5 thoughts on “Spoiler-free Review of ” Phasma” by Delilah Dawson”