I first saw an ad for the Hawaii Symphony Orchestra playing the film score to Harry Potter and the Sorcerer’s Stone last year. I wanted to go so badly, but I was going to be out of town during the show. I was so disappointed! So when I saw that they were doing it again with the Chamber of Secrets, I knew I had to get a ticket! 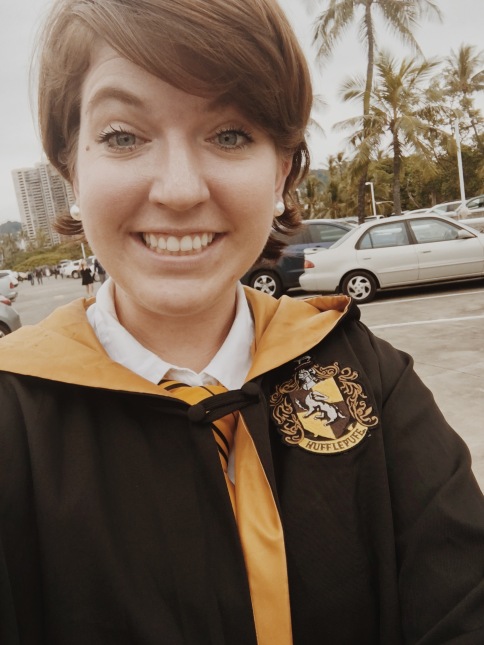 I decided to go all out in my Hufflepuff uniform! I hadn’t been able to debut my new robe or cardigan yet, so I was very excited for the chance to do it! I’m usually a pretty shy person and don’t like to be noticed with my outfits, so I was a little nervous that I was going to be too extra.

But my fears were instantly put aside when I arrived! Lots of kids (and plenty of adults) were dressed up in the Hogwarts best! Wands, robes, scarves, and ties were seen everywhere! I felt really confident in my outfit, and was really happy that I decided to go all out! I definitely learned that if you love something, don’t be ashamed about it! Have fun, be yourself, and experience the magic! 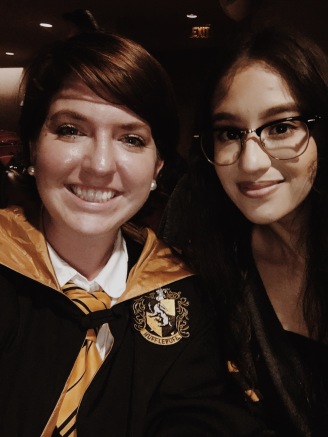 Me and my Potterhead friend Whitney!

I would totally do this again! Since I’ll be moving to Arizona this summer, I’m already stalking the Phoenix Symphony to see when their shows are!

Have you been to one of these movies in concert before? What did you see? I’d love to hear about it in the comments!